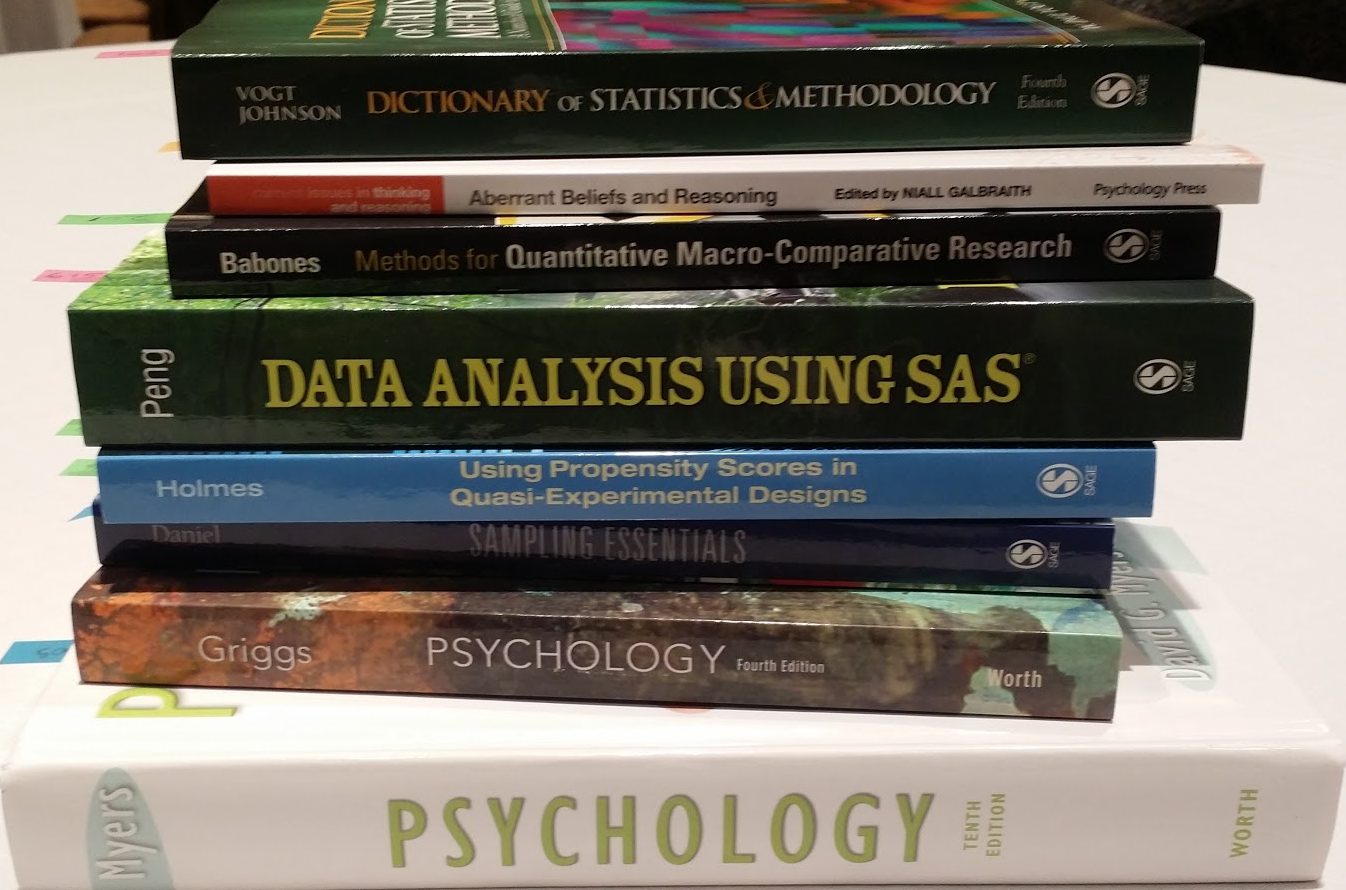 Writing a Research Statement (with example)

Much like writing a teaching philosophy, a research statement takes time, energy, and a lot of self reflection. This statement is a summary of your research accomplishments, what you are currently working on, and the future direction of your research program. This is also the place to really highlight your potential contributions to your field. For researchers who are further along in their career, this statement may include information about funding applications that were reviewed, approved, as well as any applications that are going to be submitted within the next year.

When I’ve looked at research statements over the years, helping people prepare for the academic interview cycle, one thing I’ve noticed more than anything is that people tend focus solely on the tangible aspects of their research, essentially rehashing their CV or resume. Although their accomplishments are often great, it can result in a rather boring set of pages full of nitty-gritty details rather than an immersive story about research experiences and potential. If there is one thing you take away from this article, your research path is magical and you want your readers to be invested in your magical story.

Now, I realize in my particular area of research (statistics and numerical reasoning), magical is not the word that most people would use as a descriptor. But therein lies the catch. When you are applying for academic positions, you aren’t selling just your research focus. Rather, you are selling the idea of you, your work, and your potential. Yes, your focus is a part of this, but only one part. You are the truly magical component, and your research is just one aspect of that.

When I did my cycle through academic application season, I wanted the review board to see who I was as a researcher, but I also wanted them to see how I approached my research content. The value my research adds to the field is the icing on the cake. I know my research is valuable. Generally speaking, scientists agree that most research in always valuable. But I needed the review board to see more than just my research value because I was competing against literally hundreds of applications. In such a competitive arena, every component of my application portfolio needed to stand out and grab attention.

As with other aspects of your portfolio, your research statement has some core components:

Talking through these core aspects in a serial, linear way can be rather … Boring. You definitely do not want to be placed in the discard pile simply because your portfolio wasn’t engaging enough. Which brings me to storytelling. When I say storytelling, I’m not saying academics need to be master weavers of fantasy, complete with plots and characters that draw people out of reality into an imaginary world. Instead, I mean that people need to be walked through a narrative that logically carries the reader from one sentence to the next. This research statements connects the readers to you and invests them in your future research potential. Every sentence should be designed to make them want to keep reading.

Don’t feel bad if this statement takes some time to draft. Not all of us are naturally gifted with the talent for wordsmithing. It, like many other aspects of your portfolio, takes time, effort, energy, and self-reflection. Each aspect should be built with thoughtfulness and insight, and those things cannot be drawn overnight. Take your time and really develop your ideas. Over time, you’ll find that your research statement will evolve into a mature, guiding light of where you’ve been and where you’re going. And your readers will enjoy placing your files in the accept pile.

“Science and everyday life cannot and should not be separated.” – Rosalind Franklin

Over the last eight years, my research interests have focused on how people understand and utilize information to make judgments and decisions. Of particular interest are the mechanisms which underlie general abilities to reason through complex information when uncertainty is involved.  In these types of situations, the data needed to make a decision are often presented as complicated statistics which are notoriously difficult to understand. In my research, I employ a combination of quantitative and qualitative research methods and analyses to evaluate how people process statistical data, which has strong theoretical contributions for discerning how people may perceive and utilize statistics in reasoning and decision making. This research also has valuable practical implications as statistical reasoning is one of the foundational pillars required for scientific thinking. I plan to continue this research via several avenues in both theoretical and applied contexts.

Statistics and the Reference Class Problem

It is easy to feel overwhelmed when presented with statistics, especially when the meaning of the statistical data is not clear. For example, what does it mean when the newscaster says there is a 20% chance of showers? Does that mean it will only rain 20% of the day? Or that only 20% of the area will get rain? Or that 20% of the possible rain will actually fall? Without a knowing the appropriate reference class, or group from which the data are drawn, reasoners are often forced to make a decision based on an improper assessment of the numbers provided. (The correct answer is that out of 100 days with these weather conditions, rain occurs on 20 of them.) Although this is a rather benign version of the reference class problem, difficulties with this issue extends well into the very core of understanding statistics.

Statistical testing involves an inherently nested structure in which values are dependent on the expression of other values. Understanding these relationships are foundational for appropriate use and application of statistics in practice. However, difficulties understanding statistics has been widely documented throughout numerous fields, contributing to the current research crisis as well as patient diagnostic errors (e.g., Gelman & Loken, 2014; Ioannidis, 2005; Ioannidis, Munafò, Fusar-Poli, Nosek, & David, 2014; Pashler & Wagenmakers, 2012). Therefore, research that can improve general statistical literacy is highly sought after.

As a stepping stone toward the more difficulty reference classes in statistics, a slightly less complicated version of the reference class problem can be found in Bayesian reasoning tasks (e.g., Gigerenzer, Gaissmaier, Kurz-Milcke, Schwartz, & Woloshin, 2007; Gigerenzer & Hoffrage, 1995; Hoffrage, Krauss, Martignon, & Gigerenzer, 2015; Johnson & Tubau, 2015; Reyna & Brainerd, 2008; Sirota, Kostovičová, & Vallée-Tourangeau, 2015; Talboy & Schneider, 2017, 2018, in press). In these types of reasoning tasks, there are difficulties with representing the inherently nested structure of the problem in a way that clearly elucidates the correct reference class needed to determine the solution. Additionally, computational demands compound these representation difficulties, contributing to generally low levels of accuracy.

In my own research, we have tackled the representational difficulties of reasoning by fundamentally altering how information is presented and which reference classes are elucidated in the problem structure (Talboy & Schneider, 2017, 2018, in press).  In a related line, we break down the computational difficulties into the component processes of identification, computation, and application of values from the problem to the solution (Talboy & Schneider, in progress). In doing so, we discovered a general bias in which reasoners tend to select values that are presented in the problem text as the answer even when computations are required (Talboy & Schneider, in press, in progress, 2018). Moving forward, I plan to apply the advances made in understanding how people work through the complicated nested structure of Bayesian reasoning tasks to the more difficult nested structure of statistical testing.

While completing earlier work on a brief tutorial designed to increased understanding of these Bayesian reasoning problems through both representation and computation training (Talboy & Schneider, 2017), I realized that the reasoning task could be structurally reformed to focus on the information needed to solve the problem rather than using the traditional format which focuses on conflicting information that only serves to confuse the reasoner. In doing so, we inadvertently found a mechanism for reference dependence in Bayesian reasoning that was not previously documented (Talboy & Schneider, 2018, in press).

Reference dependence is the tendency to start cognitive deliberations from a given or indicated point of reference, and is considered to be one of the most ubiquitous findings through judgment and decision making literature (e.g., Dinner, Johnson, Goldstein, & Liu, 2011; Hájek, 2007; Lopes & Oden, 1999; Tversky & Kahneman, 1991). Although the majority of research documenting reference dependence comes from the choice literature, the importance of context in shaping behavior has also been noted in several other domains, including logical reasoning (Johnson-Laird, 2010), problem solving (Kotovsky & Simon, 1990), extensional reasoning (Fox & Levav, 2004)—and now in Bayesian reasoning as well (Talboy & Schneider, 2018, in press).

I parlayed my previous research on representational and computational difficulties into the foundation for my dissertation, with an eye toward how reference dependence affects uninitiated reasoners’ abilities to overcome these obstacles (Talboy, dissertation). I also evaluated the general value selection bias to determine the circumstances in which uninitiated reasoners revert to selecting values from the problem rather than completing computations (Talboy & Schneider, in progress, in press). I plan to extend this line of research to further evaluate the extent to which a value selection bias is utilized in other types of reasoning tasks involving reference classes, such as relative versus absolute risk.

Although the majority of my research focuses on the theoretical underpinnings of cognitive processes involved in reasoning about inherently nested problem structures, I also have an applied line of research that focuses on applying what we learn from research to everyday life. We recently published a paper geared toward the medical community that takes what we learned about Bayesian reasoning and applies it to understanding the outcomes of medical diagnostic testing, and how patients would use that information to make future medical decisions (Talboy & Schneider, 2018). I also led an interdisciplinary team on a collaborative project to evaluate how younger and older adults evaluate pharmaceutical pamphlet information to determine which treatment to use (Talboy, Aylward, Lende, & Guttmann, 2016; Talboy & Guttmann, in progress). I plan to continue researching how information presented in medical contexts can be more clearly elucidated to improve individual health literacy, as well as general health decision making and reasoning. 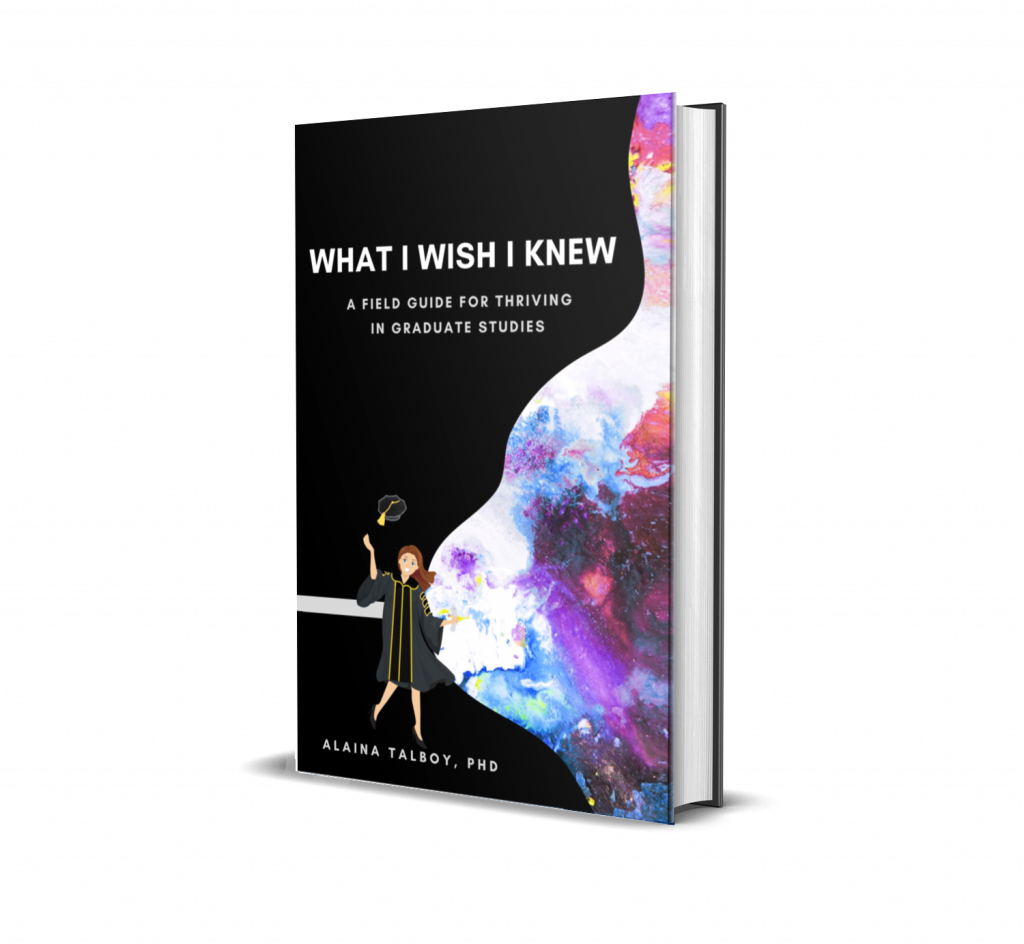